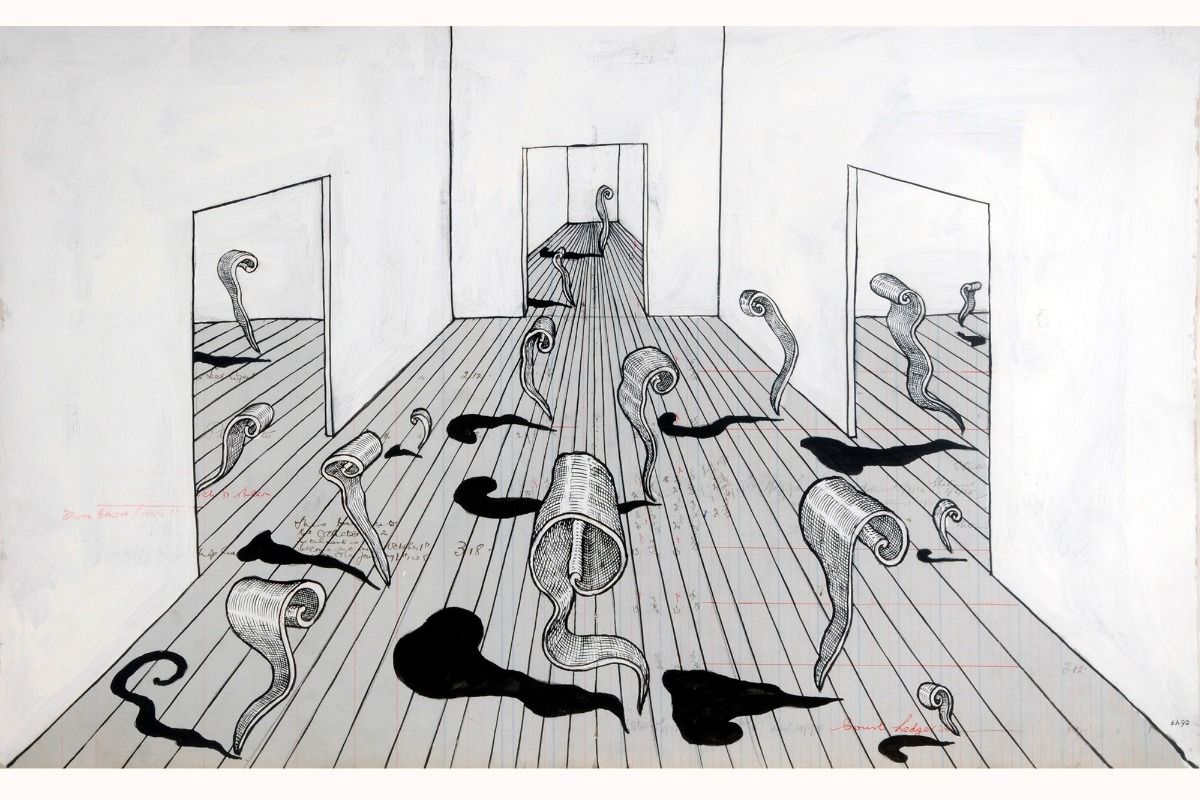 Last chance to see this exhibition of drawings and sculpture by Edward Allington (1951-2017) at the Henry Moore Institute, Leeds which ends on 23 February. Born in Cumbria, the sculptor, writer and educator studied at Lancaster College of Art before going to London to Central School, followed by the Royal College of Art. Like his contemporaries such as Tony Cragg, Richard Deacon and Richard Wentworth, his practice moved away from minimal and conceptual principles. He was fascinated by presence of classical forms in everyday life: as ruins, fragments or 'quoted' in reproductions. There are some ten drawings in the exhibition, shown alongside sculptures and a selection of photographs and film which document the different places Allington travelled with his decorative forms.

The title of the exhibition, curated by Judith Winter, is Things Unsaid, taken directly from the drawing shown here which encapsulates Allington’s feelings on the relationship between sense, perception, and objects that we physically experience and touch. “Sculpture is looking at real things by making real things. It is making poetry with solid objects,” he wrote in 1997.